The 2017 IWF World Championship in Olympic Weightlifting will be one of the most exciting opportunities given to Cyprus elite athlete Dimitris Minasidis.

9 of the strongest weightlifting nations worldwide have been suspended for 1 year starting 20 October 2017 due to quadruple doping cases from the 2008 and 2012 Olympic Games.

Dimitris Minasidis will be lifting in the 62kg bodyweight class and he started his preparation from this summer with this coach Alexandros Amanatidis.

He feels stronger than ever; a number of very strong opponents will not be able to compete and this gives room for Minasidis to enter among the first 10 best lifters in his weight class.

He will be competing on Tuesday, 28 November 2017. EUROSPORT will transmit the full event daily.

At the 2017 European Senior Championships, winning 4th place with a total of 283 kg, Minasidis already reached the Qualification to participate for the 2018 COMMONWEALTH GAMES, which will be held at the GoldCoast in Australia beginning of April 2018.

The Cyprus Weightlifting Federation is very excited for this opportunity and wishes both the very best of good lifting. 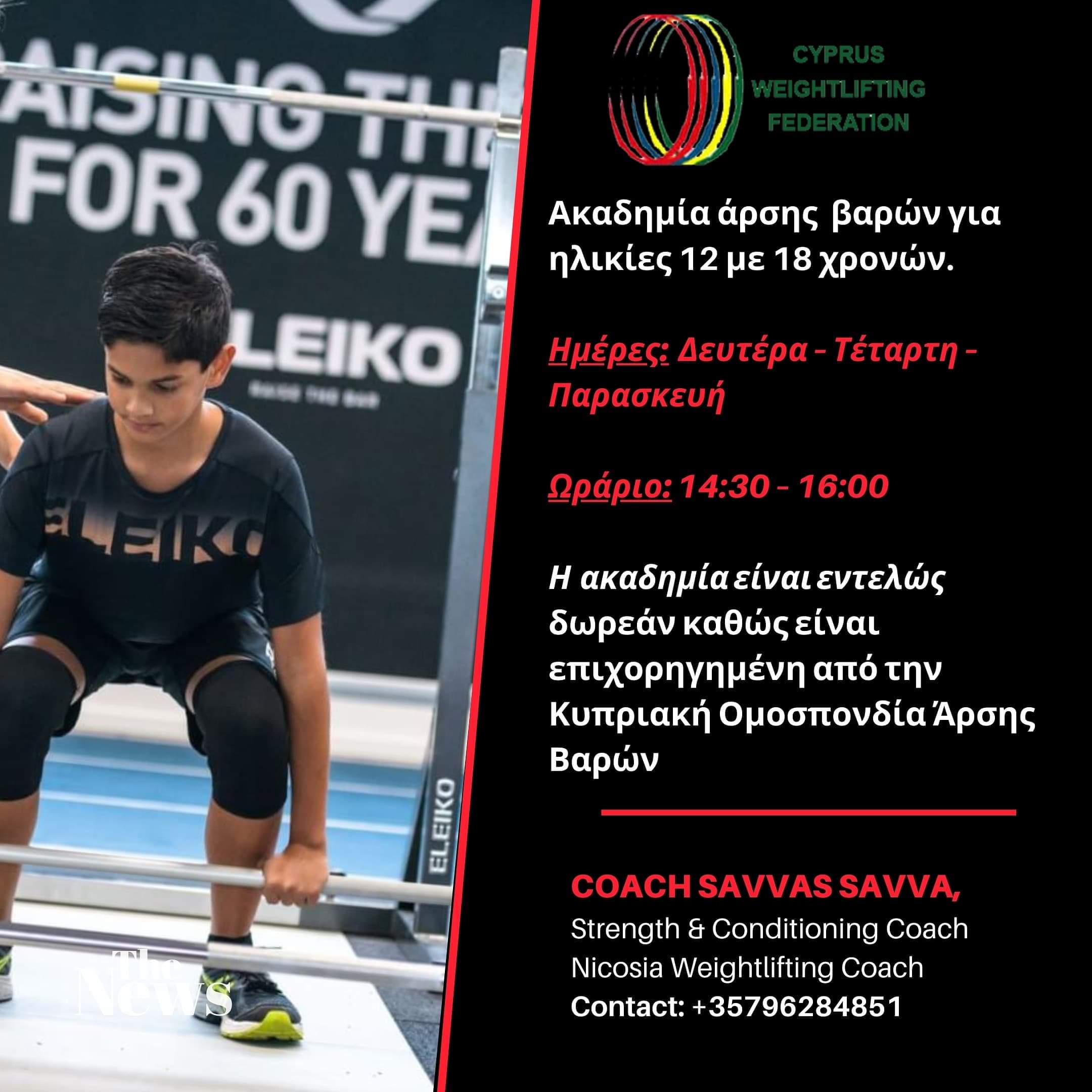